“He’s a fish out of water, a little boy lost; he’s very intelligent and really quite sensitive (he probably also has a nut allergy) but even though he’s not macho like the other Dwarves, he is really up for going on this journey. He’s rather like a raw, young army recruit: keen, wet behind the ears and with absolutely no idea what he’s getting into.” 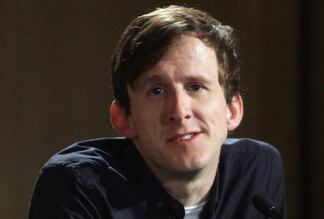 Adam Brown studied at the John O’Gaunt Community Technology College in Hungerford, Berkshire. Following his time after John O’Gaunt, he trained in Performing Arts at Middlesex University with John Wright. And that was where he met Clare Plested, which soon later, those two would open a theatre company.

Brown is an experienced comedy performer, and is the co-founder of the successful theatre company, Plested and Brown. He has written and performed in various theatre productions such as Carol Smillie Trashed My Room, The Reconditioned Wife Show, Flamingo Flamingo Flamingo, Hot Pursuit, Minor Spectacular and Health & Stacey.

Brown is a regular at the Edinburgh Festival and has toured with his company across the UK as well as performances in Armenia, South Korea and New Zealand. 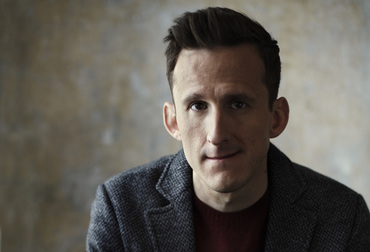 His work on stage doesn’t just stop with Plested and Brown, but he’s also worked at The Newbury Corn Exchange in various productions as Crossiant in Beauty and the Beast (2007), Kevin the Genie in Aladdin (2008) and Harvey Nicks in Puss In Boots (2009).

Brown has appeared in several commercials such as Money Supermarket, Cheesestrings, Standard Life and Virgin Group.

Adam Brown originally did a video audition for the role of Bilbo. He knew he wasn’t a Bilbo, but Sir Peter Jackson really liked his audition, and told Brown that they were looking for a role for him. Eight weeks later he got a call requesting him to play Ori. 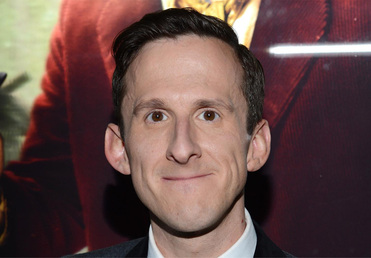 He got the news when he was in a car driving through north London in appalling weather. He didn’t believe it as first, and then he did a lot of screaming and shouting! Brown stopped at a pub and went and had a scotch – it may have been two, actually, and he never drinks whiskey. Brown wanted to share the news with people but his mobile phone was dead, so he was wandering round the pub desperately asking if anyone had a phone-charger!

Brown doesn’t think he is as nerdy as what Ori is.

As part of the role process, he went and took calligraphy lessons.

The role of Ori in The Hobbit Trilogy marks his first film appearance.

Adam Brown has led business training in India, UK and Germany. He is also a comedian and pantomime actor and currently resides in London. Brown is also openly gay.

Adam Brown hasn't won any Film and TV awards, although he has been a part of the ensemble awards.